Building for the Future: League One Clubs Eye Stadiums

Building for the Future: League One Clubs Eye Stadiums 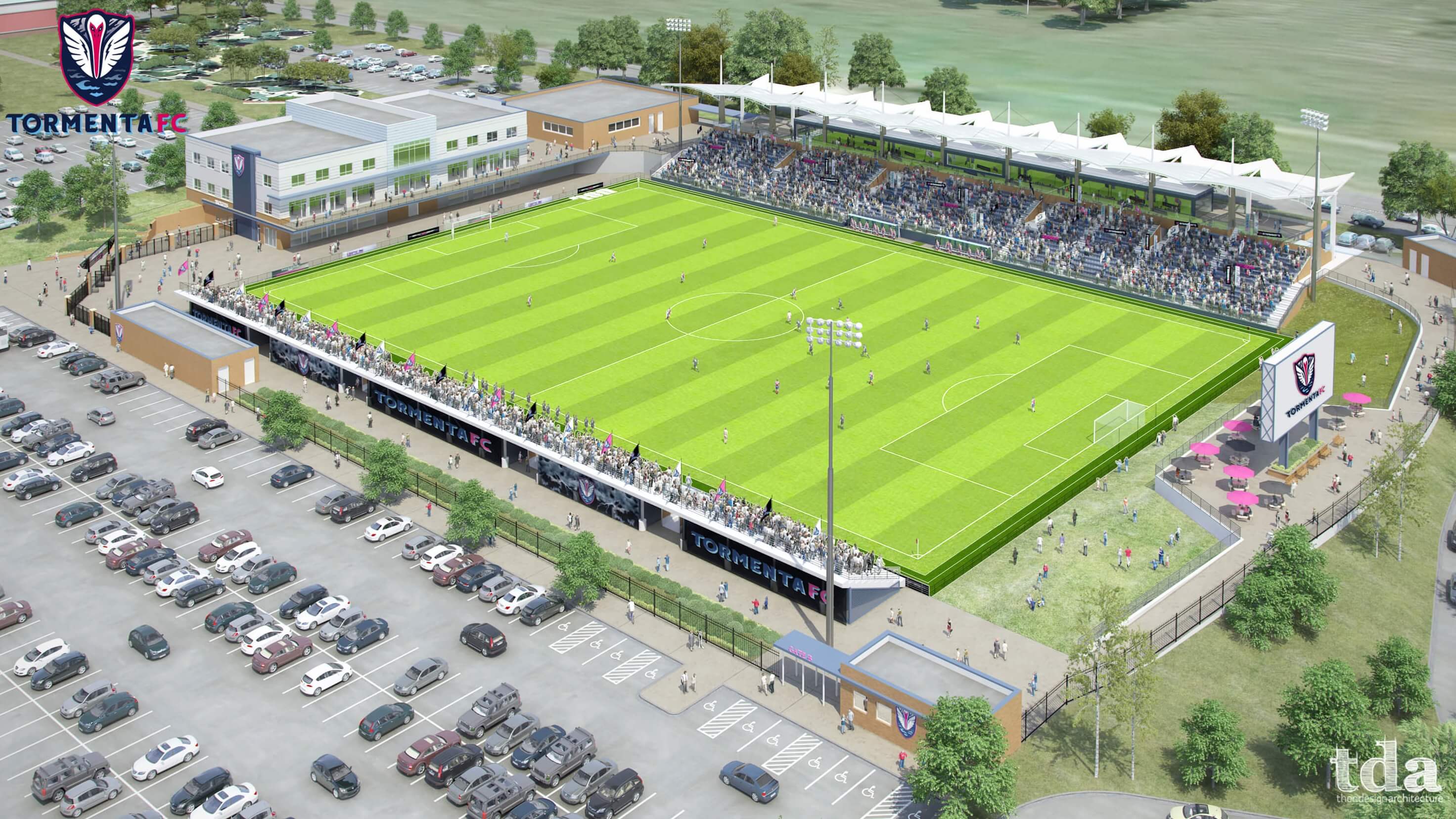 As the inaugural USL League One season inches closer to kickoff, teams across the league are busy preparing not only for 2019 but the future that lies ahead.

While a lot of the short-term preparation revolves around roster construction and community outreach, much of the long-term planning is focused on finding, and oftentimes constructing, a permanent home.

For Chattanooga Red Wolves SC, Greenville Triumph SC and South Georgia Tormenta FC, that is certainly the case. The clubs are set to play the 2019 season at David Stanton Field, Legacy Early College and Erk Russell Athletic Park, respectively, but are in the process of developing new stadiums that will provide stability and economic development to their local communities in the future.

“For me, owning a team is one business model, owning a stadium is a very different business model,” said Tormenta FC Owner and President Darin Van Tassell. “Stadiums are much more stable than teams ever will be, but if you can also own those areas and operate those areas around the stadium, I think that’s the mixed portfolio that really creates the long-term health of this as a business and it ultimately will make the biggest footprint on the community.”

In June 2017, Tormenta FC released early renderings of a soccer-specific stadium that is expected to be ready ahead of the 2020 season and will seat over 5,000 fans as well as incorporate retail and office space. Van Tassell believes that developing a community and neighborhood around the stadium will make Statesboro a more exciting city for its residents.

“I’ve often talked about there are four global languages in the world: food, art, music and sport,” said Van Tassell. “We’ve tried to take all four of those elements and build them into the stadium – both architecturally and functionally – because those elements, those languages if you will, build bridges to creating communities, and if you do it right, the community follows.” 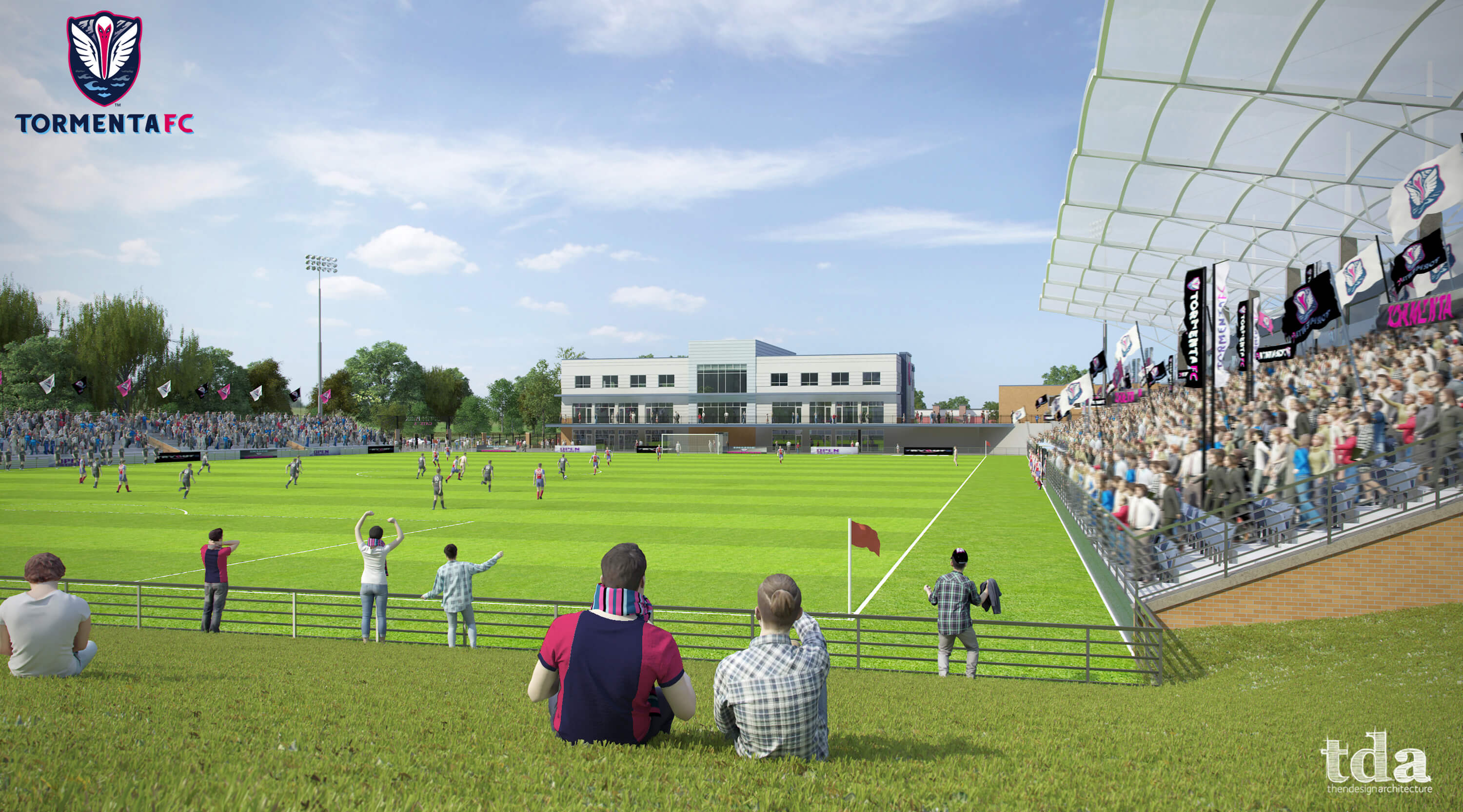 While bringing the community together on game days is certainly key to the club’s success, Van Tassell understands the main challenge is breathing life into the stadium outside of the team’s 28-game regular season. Tormenta FC has partnered with Georgia Southern University’s soccer program to help maximize the future use of the stadium, while the planned office and retail space will make the venue a local hub for meetings, receptions and other events.

Nearly 200 miles north of Statesboro, Triumph Vice Chairman and Chief Brand Officer Doug Erwin is looking at a few potential stadium sites in Greenville that would each be part of a larger development.

“We’re looking at about a 6,000-seat stadium and something that could be soccer-specific but hold concerts and stuff like that too,” said Erwin. “We know that the viability long term comes from being in a good stadium situation that allows us room to grow.”

The goal, Erwin says, is for the stadium to eventually become the hum for soccer in Upstate South Carolina, playing host to the Triumph as well as local high-school and collegiate contests. While the club has yet to commit to a timeline for the project, Erwin is preparing for every long-term possibility, including the potential to increase the stadium’s capacity to something closer to 10,000 seats if the club deems it necessary.

In the short-term, the Triumph will soon begin construction on its temporary home at Legacy Early College after coming to an agreement to renovate and use the venue in November. The project will involve building temporary stands to accommodate approximately 4,000 spectators, upgrading the playing surface to bring it into FIFA compliance and creating part-time game-day jobs for Legacy scholars.

“We found a great place where we could play on a field that had tons of availability and allows us to do some great things in the community,” said Erwin. “It’s a private charter school in a very underserved part of town, so it lets us do some cool things with scholarships and community outreach that we’re thrilled to be able to do.” 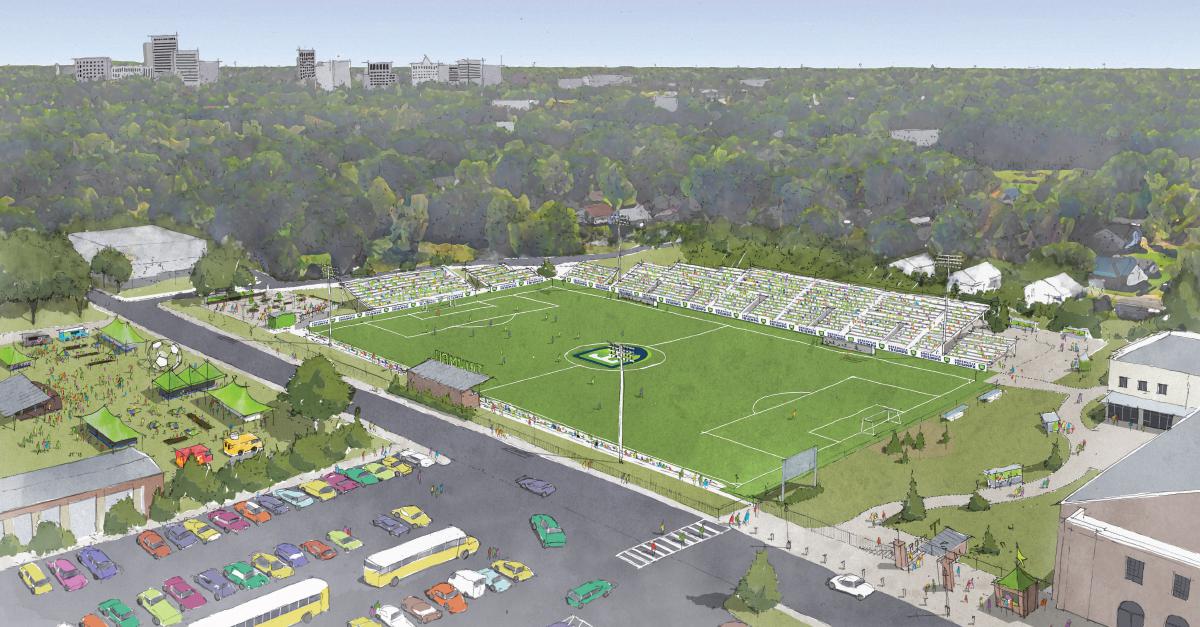 In Chattanooga, Red Wolves SC Owner Bob Martino is excited to deliver a professional soccer experience and a state-of-the-art, soccer-specific facility to the local community. The club announced in October its plans to construct a first-class soccer stadium that will include skyboxes, a fan zone, and several dining options and hospitality areas including a beer garden.

Martino, a real estate developer, is also considering building up the area around the venue, which is expected to be ready for play in 2020. Groundbreaking could begin as soon as Spring 2019. 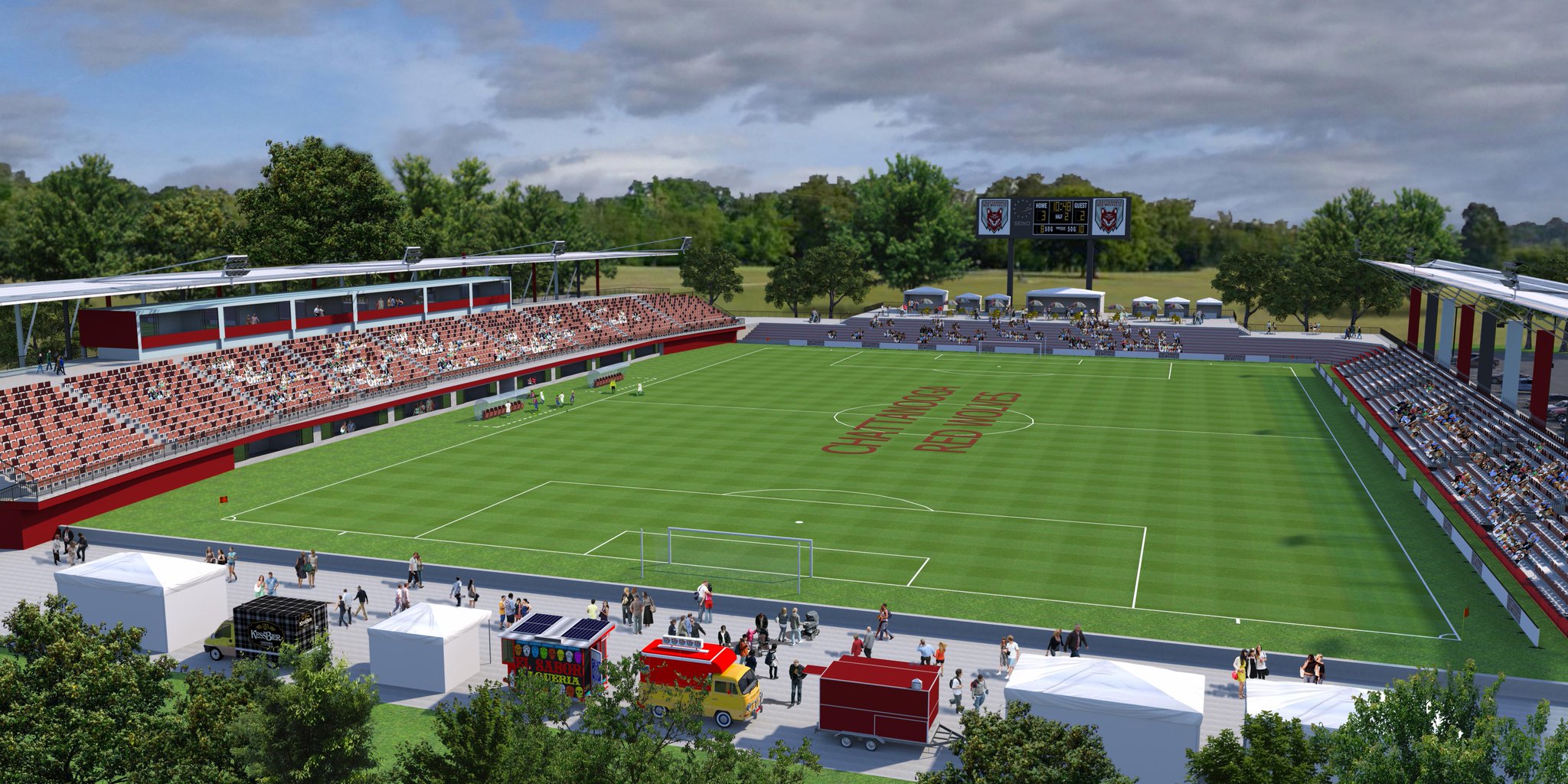 “We’ve got our construction development team involved in the design process early on,” Martino said. “They’re really kind of champing at the bit to get going on this as well.”

All three stadium projects will not only provide their respective soccer clubs with a permanent home but be pillars for the community, the clubs and its fan bases to rally around for years to come.

“We can’t ask the community to come and be a part of buying tickets and putting people in stands if we don’t dive into the community ourselves,” Van Tassell said. “It makes for a much more exciting place to live, to work, to play.”